This elevator is in a two-story church in Wentworthville. Liftronic’s hydraulic elevator, designed for residential elevators, with a load of 300kg and a speed of 0.3m/s. 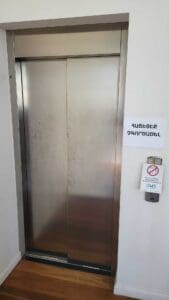 When the client found us, the elevator had been out of service for three weeks. He stated that the previous maintenance company had repaired it for three days but failed. The customer recalled that it was said to be a problem with the lift door light curtain so he hoped we could replace the light curtain anyway.

We explained the problem to the customer, and the customer agreed that we could continue with troubleshooting.

The next day, we noticed that the elevator always played up when running up to a certain area. It indicated the safety circuit was disturbed and high likely the transmission cable was faulty. Before seeking for a spare wire, our first task is to locate the faulty point.

After testing and investigation, we located the fault point that was caused by the poor contact of a safety switch in the pit. Because of this, whenever the elevator ran upwards, it would encounter the mechanism connected to this switch and break the safety circuit accidentally.

Also, we found the long-term on and off malfunctions lead to carbon deposits on the contacts of a relay, which need to be replaced. 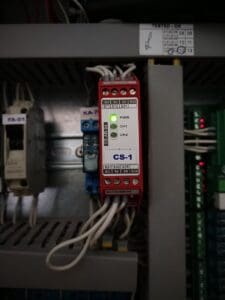 We will evaluate and investigate the actual operation status and working environment of elevators on site before offering new Home Elevator Installation Service contracts. If defects and hidden dangers are found, rectification opinions will be put forward. we will ensure that the Lift Installation is complete and reliable before the contract starts unless the new contract contains relevant disclaimers.

What is the structure and working principle of a traction elevator?